I work on the water. What benefits am I entitled to if I am injured on the job? 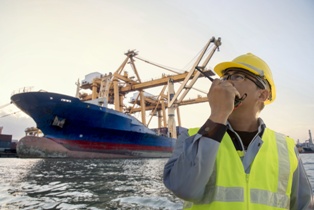 Here in Cajun Country, we are surrounded by water. Between the Mississippi, Lake Pontchartrain, and the Gulf, many of us make a living on or near the water. If you work on a boat or ship, shipyard, or on the docks and are injured on the job, you may qualify for special federal programs available to maritime and harbor workers.

Are You a Seaman or Longshoreman?

No matter who you work for, you should have been informed of the benefits you are entitled to when you were hired. But if your employer failed to do so, or you have worked incident-free for so many years you have forgotten, you may not know who is responsible for compensating when you are injured. The following is a basic outline of state and federal coverage for injured workers:

You should be able to easily determine which program you are covered by, but that doesn’t mean your claim will be as straightforward.

Rusty Bianca Can Help You Get the Benefits You Deserve

Attorney Rusty Bianca has lived in Baton Rouge his whole life and comes from a blue-collar background. He knows what it means to put in a hard day’s work and he is proud to support workers in getting the benefits they deserve when they have been injured on the job—no matter which state or federal program they are covered by. Call our Baton Rouge office as soon as you can after your work-related injury. We are here to help.

Located in Baton Rouge, Bianca Law Firm serves those who have been injured and members of the Deaf community all over south Louisiana and Acadiana, from Lake Charles to New Orleans and anywhere in-between. Fill out the form on this page to connect with us, and we will be in touch with you shortly to discuss your case. We are proud to offer personalized representation to Louisianans.